EFDN is proud to welcome the newest participant of the 2020 #Morethanfootball Action Weeks: Lega Serie A. The news comes just one week after the Lega’s announcement of its new anti-racism campaign, Keep Racism Out.

The Lega Serie A was founded in 1946, when clubs belonging to the Federcalcio (Italian Federal Football Association) created a new body to govern the domestic football leagues, giving life to the Lega Calcio in Rapallo with headquarters in Milan. In 2010, the organisation’s name changed to Lega Serie A after a split between first and second division clubs.

Yet besides the historic successes of Italian clubs domestically and internationally, the Lega Serie A has always been committed to fulfilling its responsibilities to the football and wider societal community. It has pursued a variety of campaigns to tackle and spread awareness about the most dangerous challenges posed to our societies, spanning in recent years from anti-piracy programs and initiatives against domestic violence to stadium charity events and anti-racism movements.

Just last week, the Serie A announced a new programme to combat racism on and off the pitch. Keep Racism Out is a project implemented in partnership with UNAR, the National Anti-Racism Office of the Italian Government. Having committed full-time staff and personnel to the UNAR National Observatory against Discrimination in Sport on 31st July, the Lega Serie A will consistently monitor and review discrimination in sports, with special focus on youth and grassroots, and submit regular reports and analyses to reflect the state of discussion. Together, Lega Serie A and UNAR strive to educate the next generations and re-educate old ones through training activities and workshops. All 20 associated Serie A clubs will join forces in this fight.

Leading the charge is Omar Daffe, head of the National Anti-Racism Office. Formerly a goalkeeper for Agazzanese and other lower-tier Italian football clubs, Daffe’s story is well-known throughout the country and has become an inspiration for all. In November 2019, Daffe left the pitch after having been the victim of hateful racial abuse from the fans.

Now, Daffe is getting his re-match. Since January of this year, Daffe has served as the Head of the National Anti-Racism Office, devising and implementing new campaigns against racism at Italy’s highest football stage. In an interview with ‘Gazzetta di Parma’ Daffe said: “My life is changing every day. I have received many messages of support and solidarity. Even though there are still some who can’t put themselves in my shoes before expressing their hate, a lot of good has come from that ugly November day. We need to start taking our children as an example for us, because the truth is no one is born racist, we become so because of the environment around us.” 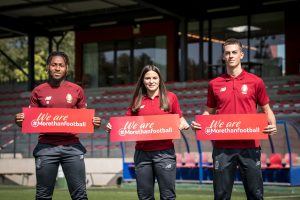 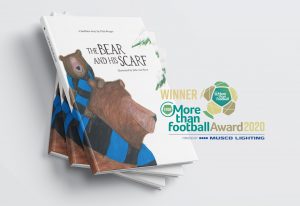 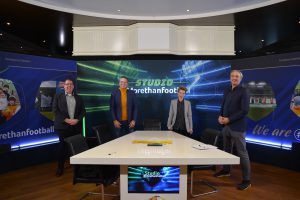