The Legia Foundation – as one of over 60 organisations – joined the #MorethanFootball Action Week, which promotes the CSR activities carried out by football clubs. The action lasts from March 30 until April 9.

Today, football and club’s activities are not limited to training sessions and first team’s games only. Clubs are huge, commercial organisations, but contrary to any other companies, they unite millions of people around them – people who give their hearts to their favourite teams. Clubs become more and more aware of their social role and big responsibility which rests on their shoulder. In effect, the number of social activities carried out by clubs inreases, and establishing club’s charitable foundations becomes more popular. The #Morethanfootball Action Week is going to promote club’s broad social activities, thanks to which they unite community even stronger and showcase club’s activities outside of sports.

The Legia Foundation, established two years, has proudly joined the action. Foundation’s charitable activities support families in need all over Poland, as well as the local community. The Foundation engages in numerous projects aimed at improving life quality of families from difficult backgrounds through education, health, culture and sports.

There are over 60 organisations participating in the MorethanFootball Action Week. These are mainly football clubs or foundations operating within them, as well as international football organisations. The Legia Foundation finds itself in the prestigious group of clubs such as: AC Milan, Inter Milan, SSC Napoli, Benfica, PSG, PSV, Feyenoord, VfL Wolfsburg, Werder Bremen, Bayer Leverkusen, Rangers FC, Club Brugge, and many others. The action is organised by European Football for Development Network (EFDN) – an organisation which functions as a platform for exchanching CSR experiences between European clubs. 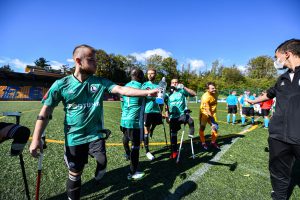 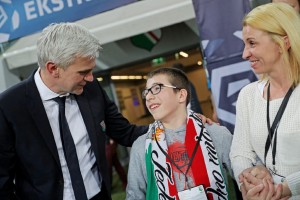