The European Football for Development Network #MoreThanFootball Action Weeks concluded over the weekend after a successful campaign that saw participating organisations showcase their Community and Social Responsibility (CSR) initiatives. Millions of impressions were created online by the social media posts based off the action days and targeted messages from EFDN, clubs, leagues, partners and other participants.

The participants still have time to send in their More than Football Award applications. The deadline for application, for the award that began on 15 September, is Thursday 15 October. The shortlist will be announced a few days later and the winner awarded the prize during the virtual 14th EFDN Conference.

The goal of the More than Football Award powered by Musco Lighting is to honour the best social initiatives in Europe delivered by a European club, league or FA by celebrating the work they do on and off-pitch on local, national and international levels. The Award for the best project promoted during the #Morethanfootball Action Weeks (15.09. – 11.10.2020), will be assessed not only on the quality of the project but also on the level of promotion and engagement. Additionally, the winner will also receive a complete Mini-Pitch System™ modular sports solution. The club-branded mini-pitch will be developed in partnership between the winning club, league or FA, EFDN and Musco.

Find more information on the #Morethanfootball website and request your award application form by sending an email to actionweek@morethanfootball.eu. 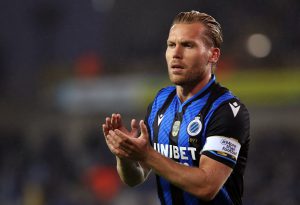