First-team players of FC Shakhtar Donetsk conducted a training session involving the internally displaced children within the framework of the 2018 #Morethanfootball Action Weeks.

Along with the other top European clubs, Shakhtar regularly take part in the #Morethanfootball Action Weeks, which take place this year from 21 March to 8 April 2018 at the initiative of the European Football for Development Network (EFDN), the European Club Association (ECA) and the UEFA Foundation for Children. The campaign aims to develop grassroots football, promote a healthy lifestyle and to educate kids and young people about the positive impacts of football.

On 4 April, on the field of the Bannikov UTK, the internally displaced children from Donetsk joined in the Miners’ training. For an hour and a half, the boys and girls watched their idols exercising, later joining the latter on the pitch to play football with them.

Here are what the participants had to say about the training session:

Shakhtar is my favourite team. I know all the players, but most of all like Marlos, Taison and Fred. I really looked forward to the meeting, experiencing excitement because this is the first time I see real football players so close. So I’m glad that I’ve met them and played football, – that’s been the coolest day! Now I’m going to tell everyone at school about that, and if they don’t believe me, I’ll show them photos with the players and the coaches. – Timofei Rozhkov, 10 years old

I love both watching football and playing it. At home, they don’t allow us to play football, but in the backyard, we all play it – the boys and girls alike. I really wanted to meet with Andriy Pyatov. I saw him on TV – he’s so big, strong, he keeps the goal well. He’s always serious, but today it was fun and interesting to play with him! Now I have photos with him and autographs on my T-shirt. – Darina Yakovleva, 9 years old

This is a huge event for the kids! We have three (two girls and a boy) who adore football: in Donetsk, we regularly attended the stadium, tried not to miss a single match, we could only dream of getting acquainted with our idols. Today, the dream’s come true! For the girls, Andriy Pyatov is number one. And all the guys are not only good footballers, but also wonderful people: they didn’t reject anyone’s invitation to pose for a pic, they laughed, played with the kids, paying attention to everyone. That’s wonderful! – Lyudmila Yakovleva, Darina’s grandmother

The Miners themselves got charged with a positive mood after playing a real match with the young fans. Yaroslav Rakits’kyy actively managed both teams, with Ivan Ordets and Mykola Matviienko assisting defensively and offensively, while Andriy Pyatov failed to keep a clean sheet, conceding a goal at the very end of the mini-game.

Such meetings give us all just happiness and positive experience! Football is a game for everyone. It’s good when they are engaged in it professionally, just perfect when they play outdoors, in schools. Look, today everyone likes football, both girls and boys. I have three daughters, and even the youngest, who is only three and a half years old, watches the matches. We are always glad to meet with the guys, even more so as they are the displaced kids from Donetsk, the adopted children, our fans. We try to provide assistance to them both by giving them gifts, some clothes, and with giving them joy and positive emotions. – Andriy Pyatov, Shakhtar goalkeeper 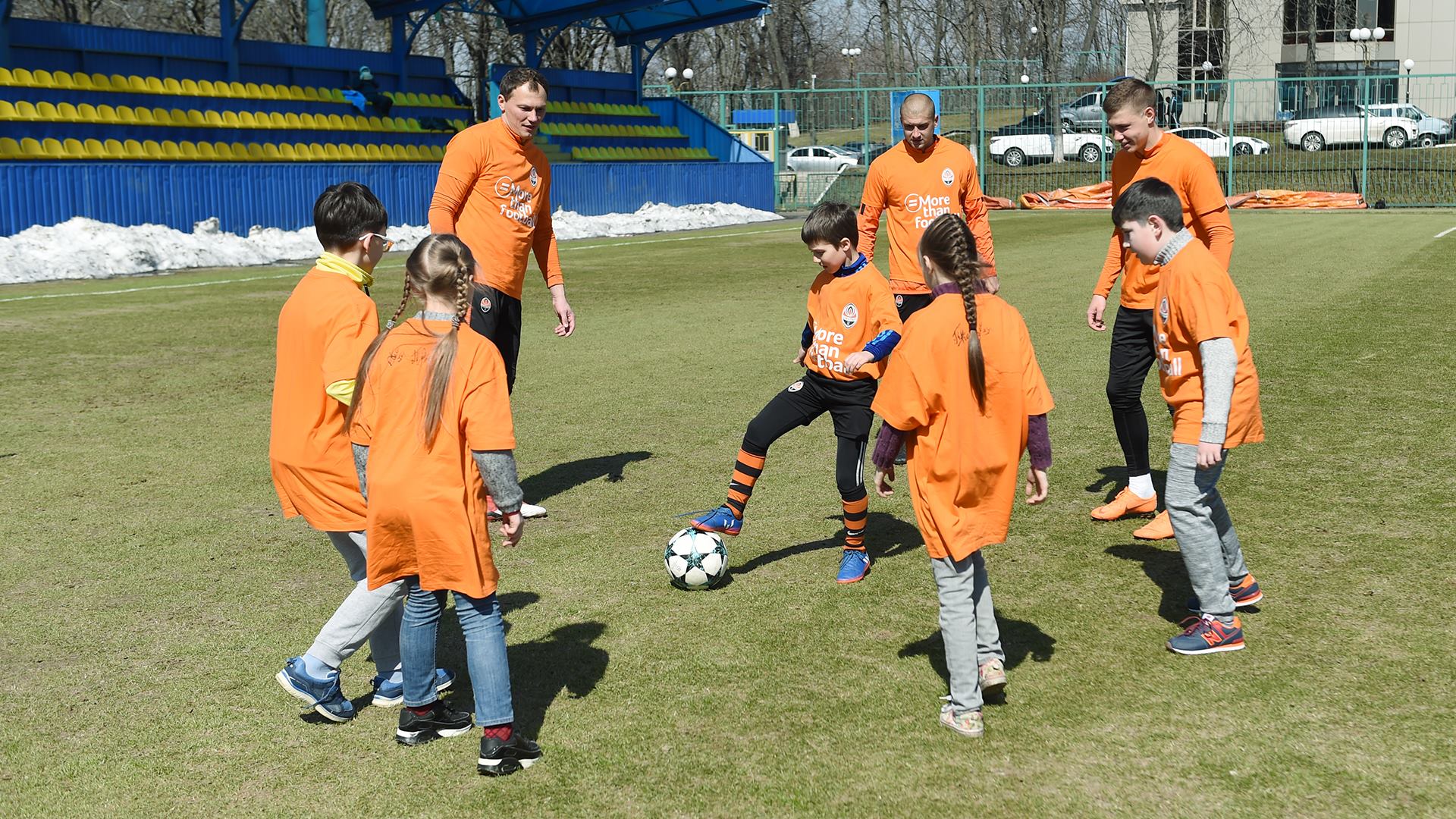 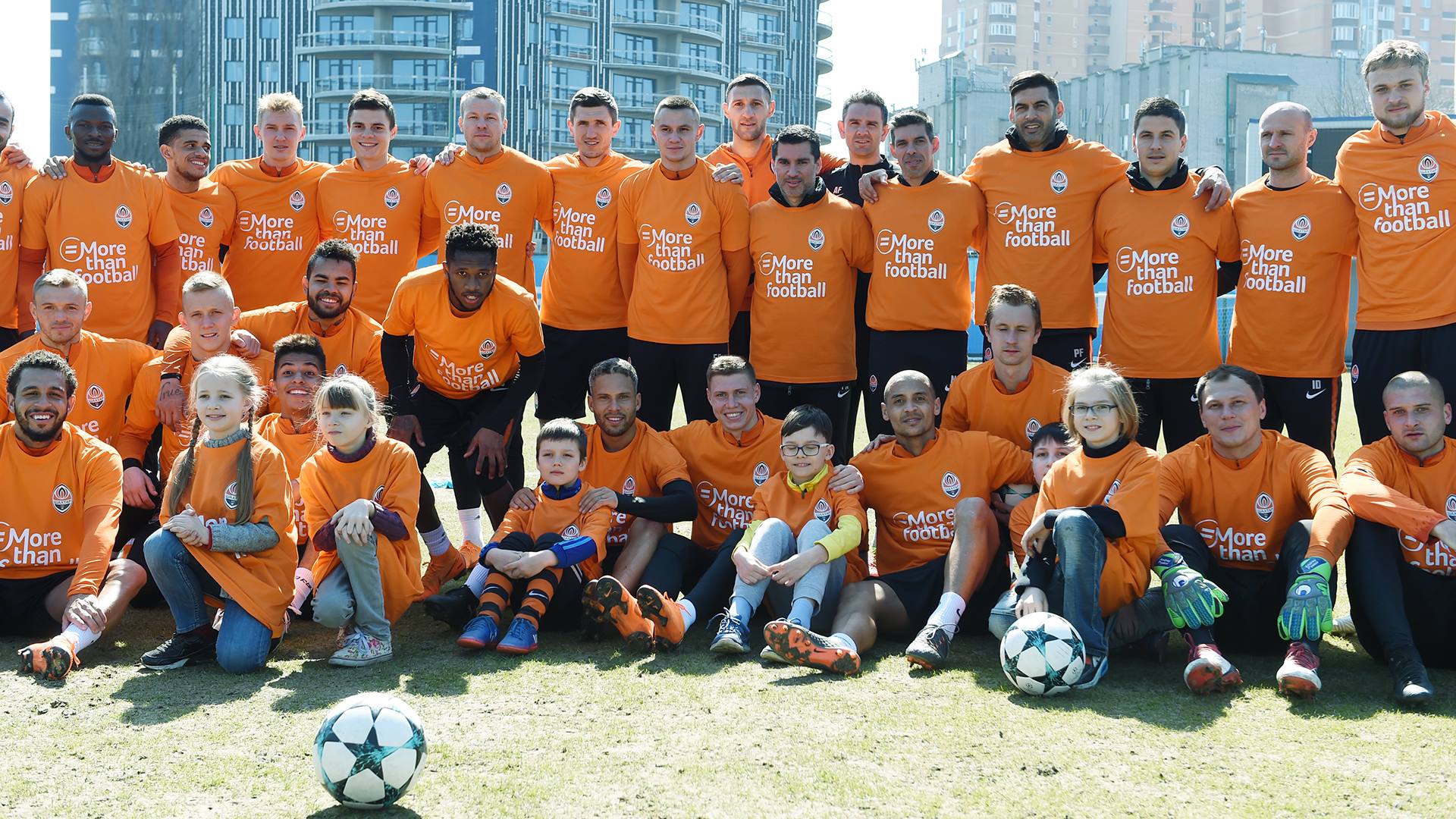 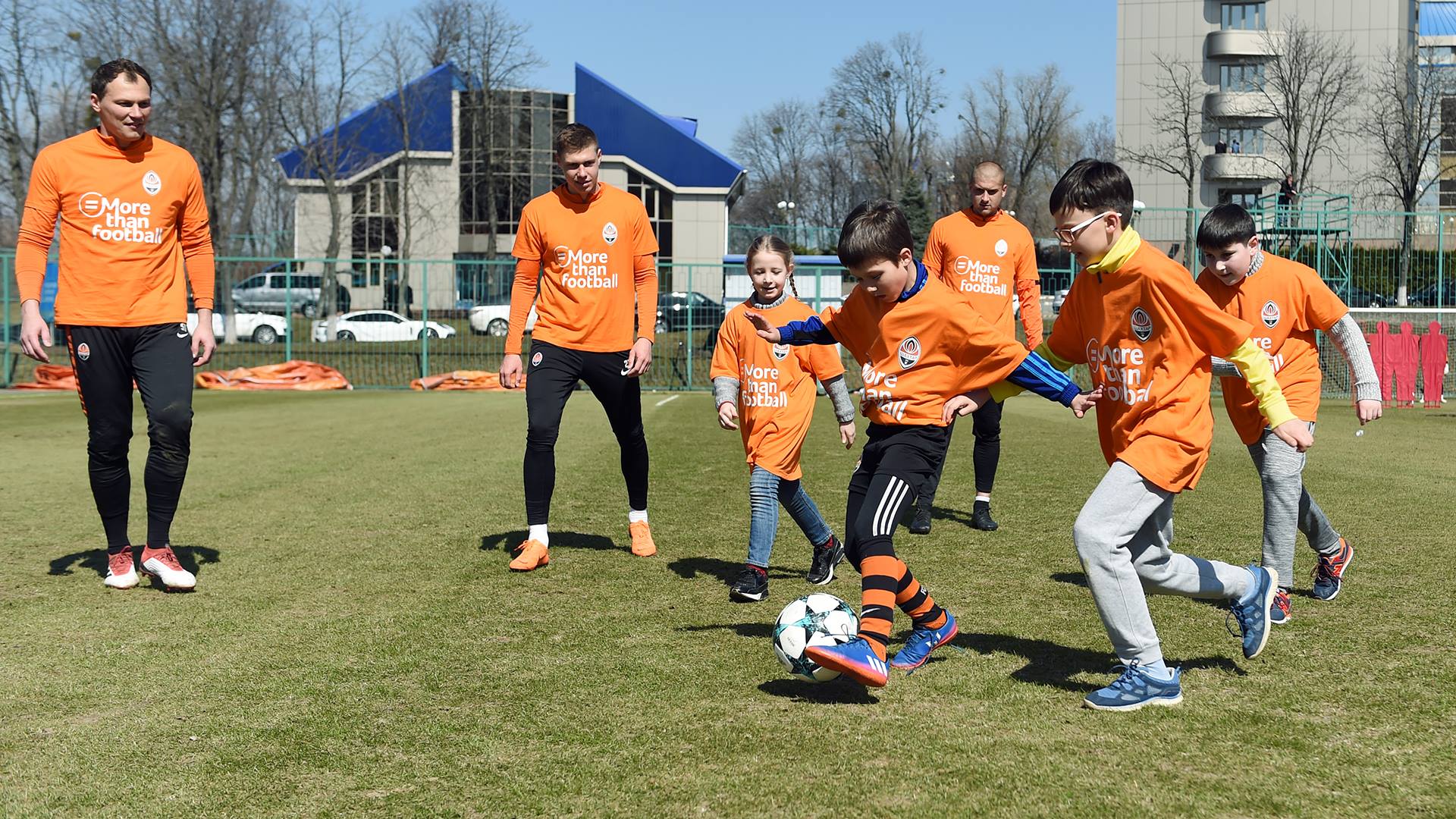 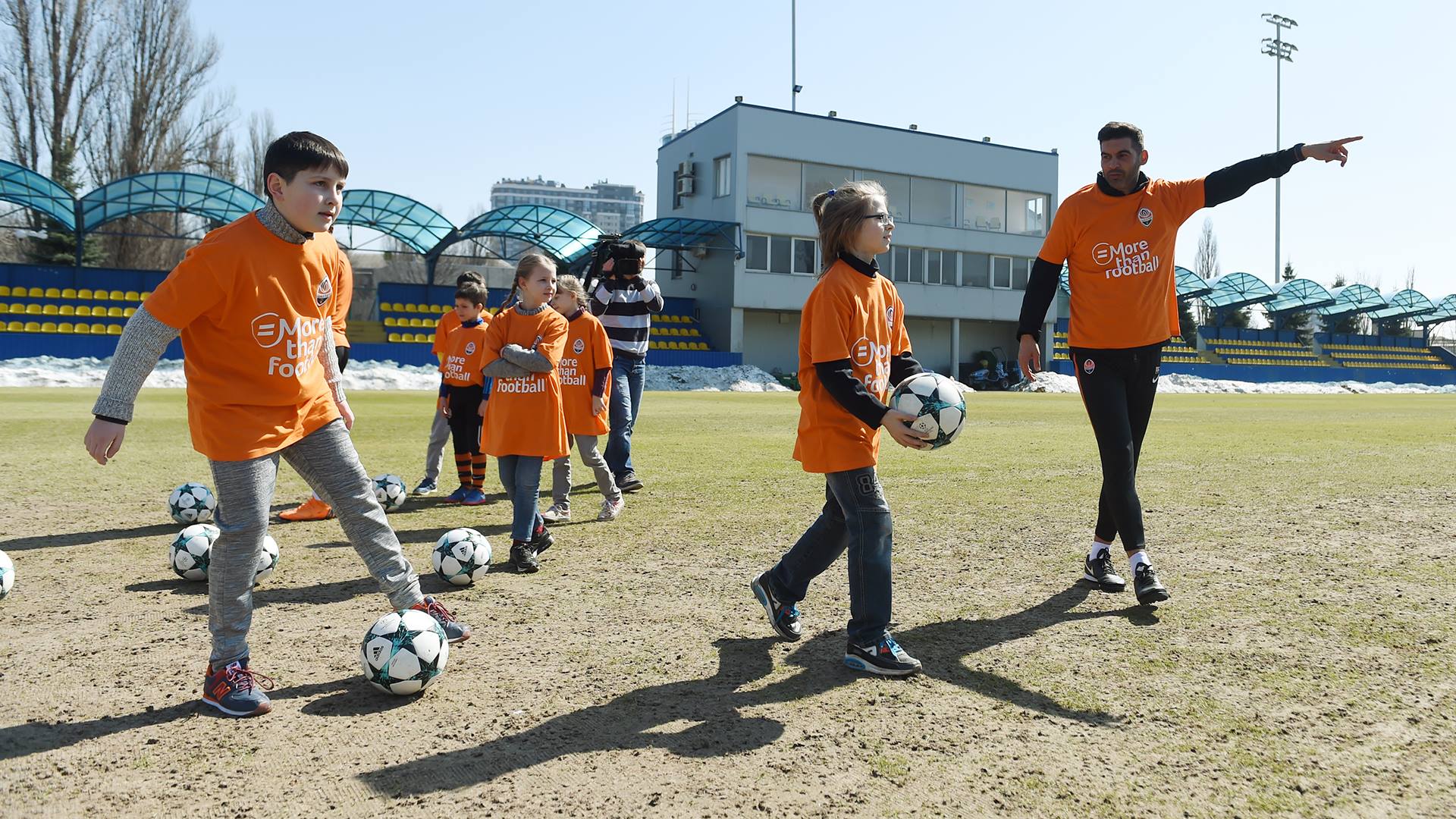 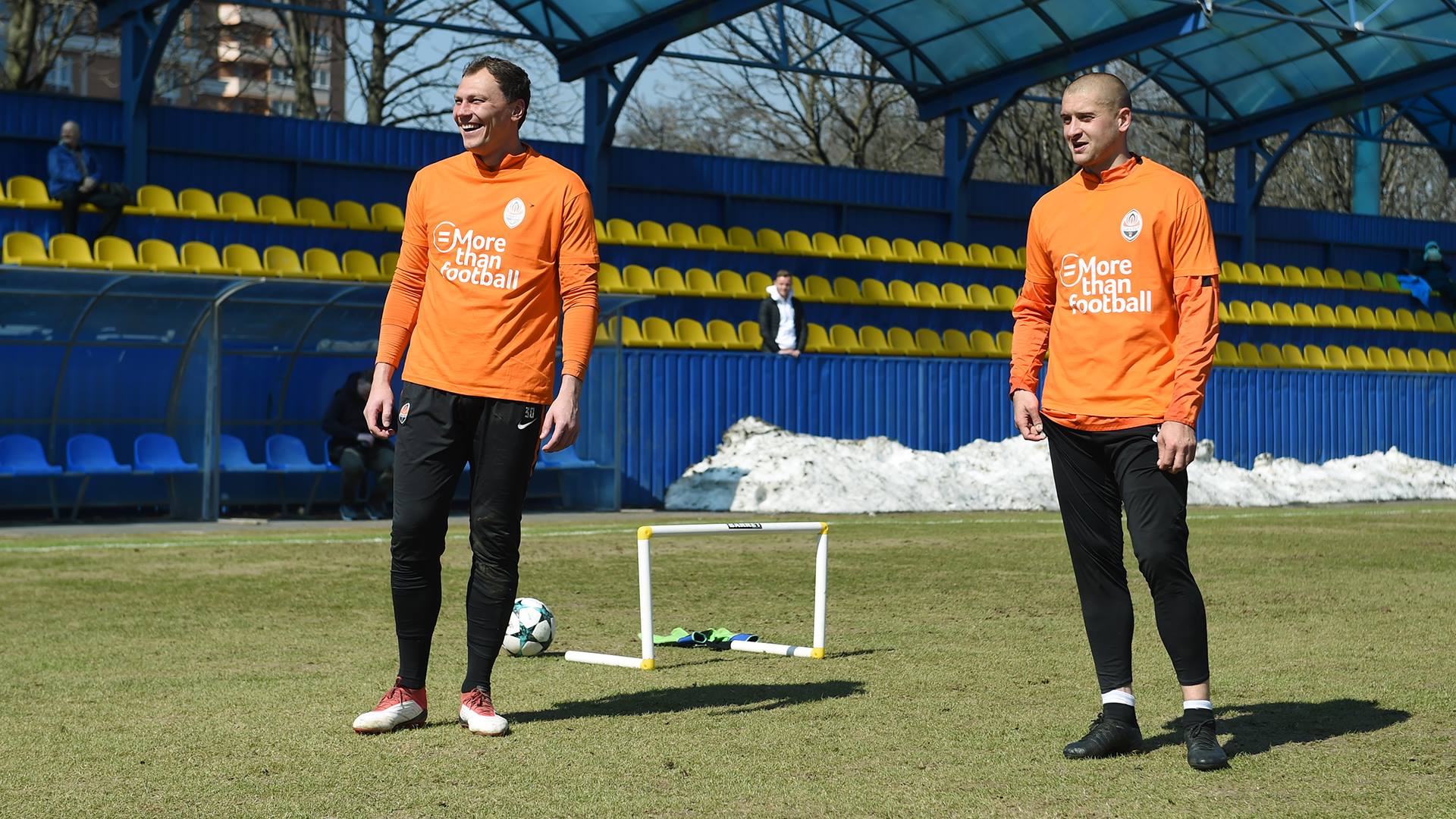 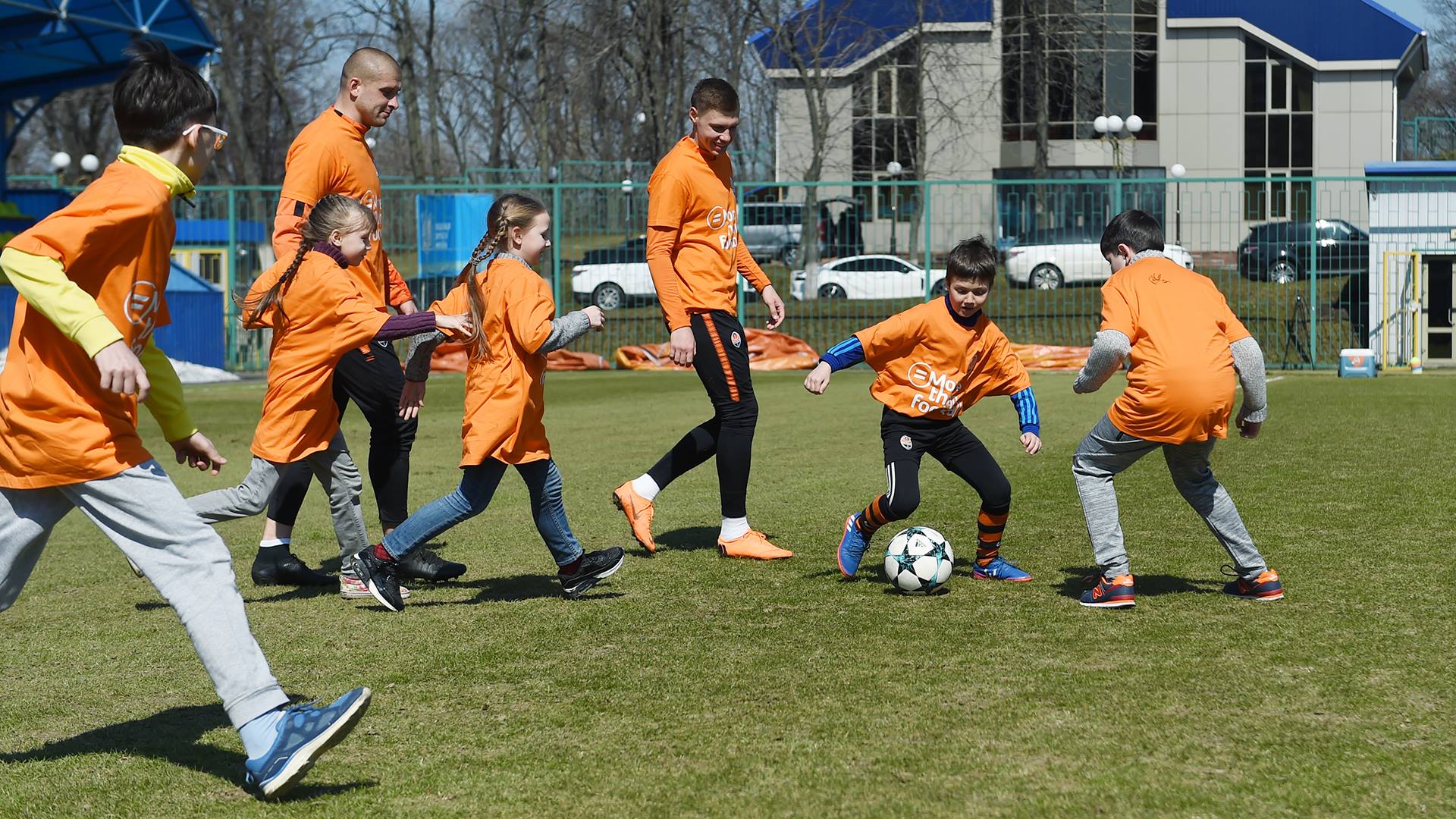 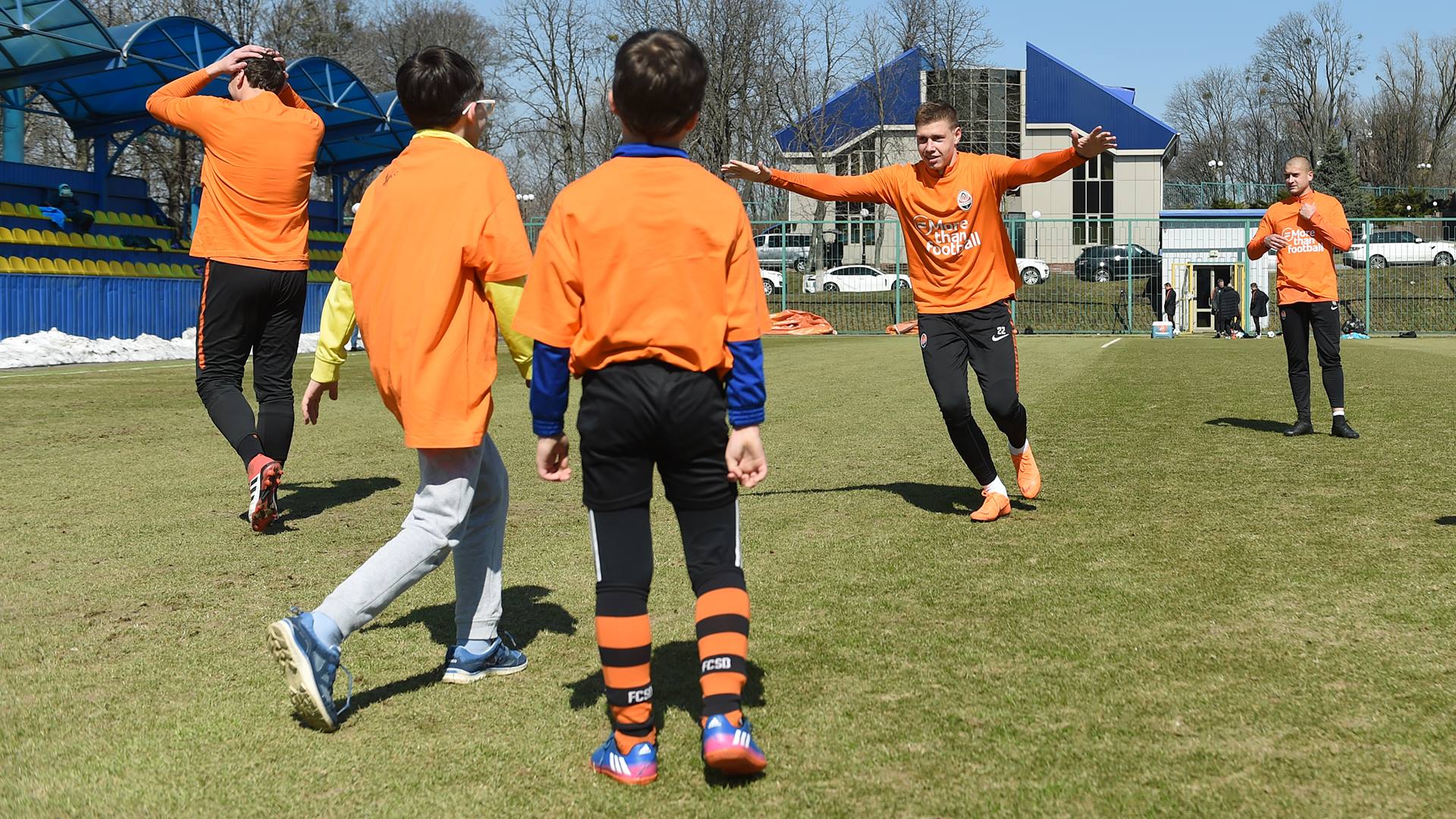 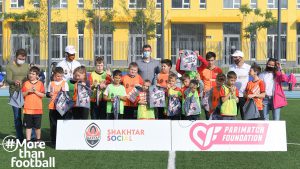 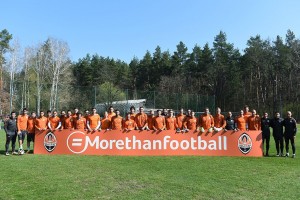 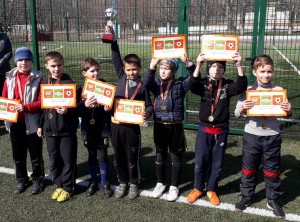