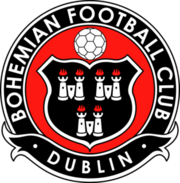 Across Europe, clubs are turning their backs on private ownership and reforming into collective, membership-based bodies in order to enshrine the security and future prosperity of their club into the hands of those who care most — the fans.

The Bohemian Football Club has been a members-owned club since its foundation on 6th September 1890 in the gate lodge at the North Circular Road entrance to the Phoenix Park, where the Club played and trained for the first three years of its existence.

By fashioning Dalymount Park (opened in September 1901) from what had been part vegetable patch, part vacant lot, Bohemians created what many still feel is the ‘home of Irish football’, a ground that has graced by a cast of thousands, including such as Stanley Matthews, Pele, Franz Beckenbauer, Bobby Charlton, Ruud Gullit, Marco Van Basten, and Zinedine Zidane, as well of course countless Irish stars past and present, Paddy Moore, Jackie Carey, Johnny Giles, Liam Brady.

The Bohemian Foundation is an independent non-profit organisation intent on improving the health and well-being of its North Dublin community.

The Foundation’s current objectives are:

•To offer a focal point for community involvement of local community groups
•To work with local projects to encourage children to become more involved in their community through sport
•To offer rehabilitation opportunities to the community through engagement in sporting activities and promote a healthy lifestyle
•To liaise with Dublin City Council to assist with their various Sports For All programmes
•To address the issue of child obesity by encouraging local schoolchildren to participate in sport and to give them advice on diet, nutrition and a healthy lifestyle

The Foundation runs its own initiatives but also collaborates with Dublin City Council and others in a range of activites towards the shared objectives of improved health, well-being, community development and social inclusion.

The other bodies the Bohemian Foundation has worked with include:
•The School Completion Programme
•The Irish Prison Service
•The Garda Youth Diversion Project
•Age Action
•Special Olympics Ireland
•The Society of St Vincent de Paul