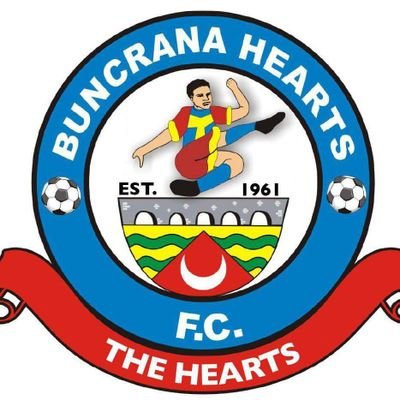 Buncrana Hearts FC is a County Donegal soccer club competing in the Inishowen Football League. The club plays a significant role within the local community and has 8 football teams competing in soccer leagues from Under-10 through to Senior level. Buncrana Hearts Fun Soccer Academy was formed in February 2002. Set up by former players the academy caters for Boys and Girls from 6 to 12 year. All of the football coaches are FAI qualified.