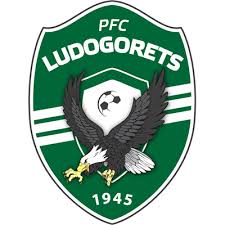 PFC Ludogorets is a Bulgarian professional football club based in Razgrad, which currently competes in the First League, of the Bulgarian football league system.

PFC Ludogorets is the successor of the Ludogorets Association for physical education and sports, created in 1945. The town has traditions of preparing professional football players, and Ludogorets has been passionately supported by the public.

Traditionally, throughout the 56 years of its history, the club has been competing in Second division of the Bulgarian Championship, however, in the 2010/2011 season ended with historical success – the team became champion of Second division, winning the promotion to the A PFG (first league in Bulgaria).

Now, the name of this team is a synonym for a quickly developing club investing not only in first-class players, but also in the construction of a modern stadium and a training center. Ludogorets’ ambition is to become the football center of Nord-East Bulgaria, not only promoting football at higher levels, but also creating talents, soon to be the spine of the Bulgarian national football team. According to football sites in Bulgaria, PFC Ludogorets is currently ranked third for number of match spectators. The club is well known for its many, faithful supporters, which hightens the interest of sponsors who financially assist the clubs development.

PFC Ludogorets 1945 actively uses the power of football to support a broad range of youth activities in the community. Through organising and financing activities for young people, the club aims at providing young people with opportunities to participate in inspiring and engaging initiatives focused on education and physical activity.
The club is very aware of the influence it has to motivate, inspire and educate young people on a local, regional and national level.