Between 9 and 10 April we are calling all clubs, leagues and FAs to highlight their anti-discrimination initiatives.

Show Racism the Red Card (SRtRC) is an anti-racism and anti-discrimination programme. SRtRC is based on the proven concept of the Red Card Campaign delivered in several European countries, which originated in the United Kingdom. Show Racism the Red Card utilises the social power of football and the high-profile status of football players to help tackle racism and other forms of discrimination in society. The project aims to raise awareness on diversity, foster social cohesion, and reduce physical and verbal violence linked to racism.

Together with our consortium partner clubs, we developed the Show Racism the Red Card programme, which consists of multiple elements. The majority of the campaign’s output is an awareness-raising campaign in stadiums and in grassroots clubs. The programme includes the education of young people and adults in schools, workplaces and at events held in football stadiums and a European-wide media campaign, run by the European Football for Development Network, the programme coordinator. Te aim of the project is to create a dialogue on how we can tackle racism and all other forms of discrimination in society. The participating clubs will share best practices and will create, adapt or further develop educational resources.

Everton In The Community

With Everton In The Community’s new inclusive football sessions – delivered to participants from across the charity’s youth engagement programmes together with Everton Free School and Everton in the Community staff –they offer a safe space for people aged 16+ who identify as LGBT+ or as an ally of the community.

Alongside the opportunity to enjoy mixed ability, non-gender specific football sessions, the initiative also provides tailored support to participants, with Everton in the Community staff having undertaken LGBT+ specific training.

As a member organisation and organiser of Pro League competitions, the Pro League is authorised to develop a policy and to elaborate awareness actions and communication campaigns. Individual sanctions towards spectators who go over the line have to be applied through the Internal Regulations of each club or through the government, in the context of public order. Sanctioning of a club is done via the disciplinary bodies of the KBVB, which are independent of the Pro League in accordance with the principle of Good Governance. The Pro League has a quality anti-racism policy, based on experience, knowledge and research from expert organisations and experts (players and former players). This plan focuses on sensitisation and awareness on the one hand and repression and education on the other. It is also supported by all the clubs, the Royal Belgian Football Association, the Federal Public Prosecutor’s Office, the amateur wings, the Football Unit and the police authorities.”

EFDN hosted the webinar ‘Tackling Discrimination & Anti-Semitism in Football’ on Wednesday, 6th of October 2021 at 2pm CET. This webinar was part of a European-wide series of Changing the Chants events on anti-Semitism in football. Changing the Chants was a two-year project, supported by the European Union’s Rights, Equality and Citizenship Programme. It consisted of an innovative and international cooperation between Borussia Dortmund, Feyenoord Rotterdam, Fare Network and the Anne Frank House. The goal was to deepen the understanding of approaches that football clubs can use to educate fans on antisemitic behaviour in the football stands. Changing the Chants built upon two separate educational programmes for football fans, run by Borussia Dortmund and Feyenoord. These educational initiatives, although not similar, were exchanged and analysed, and new approaches are piloted, paving the way for practices in which restorative justice is applied.

Since 2001, BSC Young Boys takes part in the FARE Action Weeks and sends out a statement against Racism, Violence and Discrimination in sports and in society. One main project during those weeks is a yearly auction of original match-worn shirts. All proceeds are handed over to organisations that tackle discrimination in football and society. Thanks to the generosity of Young Boys supporters, who share the club’s mindset regarding racism and discrimination, a substantial amount of money is sent to those organisations. The club and its players spread the word against racism and discrimination with communication campaigns across all channels. 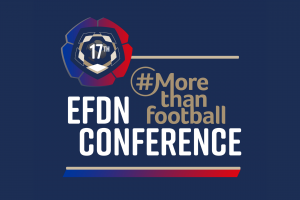 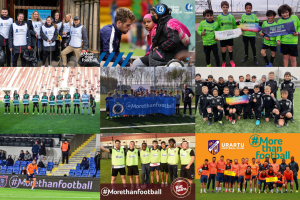 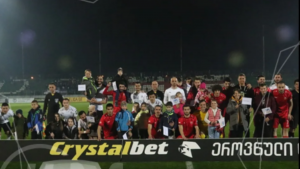