Big Hearts Community Trust, the foundation of Heart of Midlothian, has won the More than Football Award 2021 powered by Musco Lighting for their project ‘The Big Hearts Supporters’ Movement’. The winner was announced during a gala ceremony in the Big Church of Breda, one of the venues of the 16th EFDN Conference. The initiative of Big Hearts received the most votes of the EFDN Members. The goal of the More than Football Award is to honour the best social initiatives in Europe delivered by a European Club, League or FA.

Big Hearts Supporters are a leading light in Scottish football and remain at the centre of everything that Big Hearts does. On average every year, they contribute to more than 4,000 hours of meaningful support changing the lives of hundreds of vulnerable adults and children. In 2020 amidst the pandemic, over 145 brand-new Big Hearts Supporters stepped up to volunteer with us. In the first six months of lockdown, our charity had supported 8,000 vulnerable people – three times more than in the previous 12 months. The determination and kindness from Hearts fans enabled us to create new initiatives, where volunteers could get involved safely whilst providing vital support to groups most at risk of Covid-19.

These are only a few examples of how the movement played a vital role in the club’s capacity to navigate through the pandemic and ensure those who need our help most get the support they deserved. With the fans not being able to attend the games in the Stadium, Big Hearts Supporters felt great pride in having the opportunity to be able to do something good in their community, at the most difficult of times, whilst representing their favourite football Club. 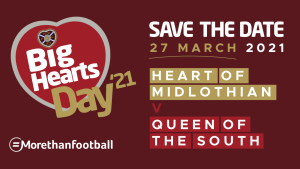 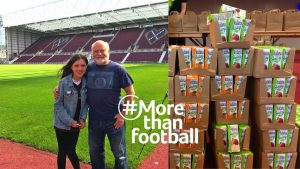 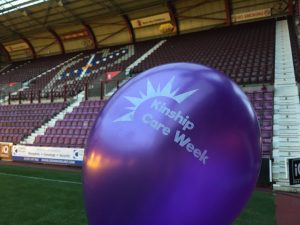