BORUSSIA DORTMUND ADOPTS “WORKING DEFINITION OF ANTI-SEMITISM” OF THE IHRA

BORUSSIA DORTMUND ADOPTS “WORKING DEFINITION OF ANTI-SEMITISM” OF THE IHRA

In January 2020, more than 60 heads of state and government met at the fifth World Holocaust Forum at the Yad Vashem Memorial in Jerusalem. On the occasion of the 75th anniversary of the liberation of the former concentration and extermination camp Auschwitz, the heads of state and government declared the fight against Anti-Semitism and the remembrance of the Holocaust and German crimes during World War II to be a major task for the international community. A BVB delegation, led by Hans-Joachim Watzke (Chairman of the Board of Management), also attended the moving ceremony

In the course of the World Holocaust Forum, Borussia Dortmund decided to adopt the working definition of Anti-Semitism of the International Holocaust Remembrance Alliance (IHRA) and thus make an important contribution to the fight against Anti-Semitism. Commenting on the signature today, October 8, 2020, Hans-Joachim Watzke said: “With our diverse projects, from readings and workshops to the annual educational trips to various memorial sites, we reach many BVB fans, employees, partners and sponsors. To adopt the working definition of Anti-Semitism is a further step in our work.”

BVB Managing Director Carsten Cramer reported that in recent years, a lot has happened across clubs: the DFL offers further training for fan workers, and projects have been set up at several other clubs. He added: “We hope that many clubs will join. There can only be one common path in the fight against Anti-Semitism. The IHRA definition creates the right framework for this”.

Due to the Corona Pandemic, the signing could not take place as originally planned. Therefore, the Federal Government Commissioner for Jewish Life and the Fight against Anti-Semitism, Dr. Felix Klein, the Anti-Semitism Commissioner of the United Kingdom, Lord John Mann, and the Director for German-speaking Countries of the Yad Vashem Memorial, Ruth Ur, were digitally connected.

Felix Klein said: “In order to recognise Anti-Semitism at an early stage and to combat it effectively, it is important to sensitize society to what can be tolerated as expression of opinion and where the line to Anti-Semitism is crossed. In the past, it has been shown that this unfortunately also happens in soccer. The international working definition of ‘Anti-Semitism’ adopted by the International Alliance for Holocaust Remembrance (IHRA) provides valuable guidance on how to fairly evaluate cases. By adopting the IHRA working definition, Borussia Dortmund has sent a strong signal against hatred against Jews. I very much welcome this and hope that other associations will follow this excellent example”.

His English counterpart John Mann emphasised: “This is impressive proof of the values and strength of Borussia Dortmund. BVB’s charisma extends far beyond Germany’s borders, and I salute its leading role in this field. The adoption of the IHRA definition will allow the club to play a formative role in the fight against Anti-Semitism. Borussia Dortmund’s approach is exemplary for others, and we look forward to continuing to support the Club in its efforts to spread its messages and values.

Ruth Ur said: “IHRA’s working definition is an important tool in the fight against Anti-Semitism. As one of the world’s best known soccer teams, BVB will serve as a signal and role model to others by adopting the working definition of IHRA. This is a further step in BVB’s ongoing commitment to raise awareness of the lessons of the Holocaust. It is also a reminder that the fight against Anti-Semitism and discrimination is the responsibility of society as a whole and of all nations. As a member of IHRA, Yad Vashem commends BVB for adopting the working definition and we welcome other organizations that follow this example”.

The working definition of Anti-Semitism in its wording: 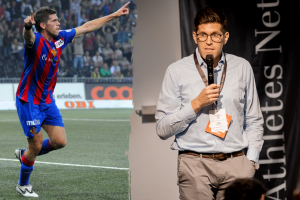 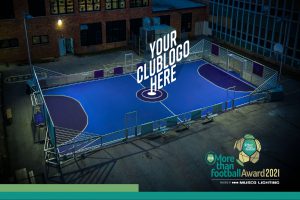 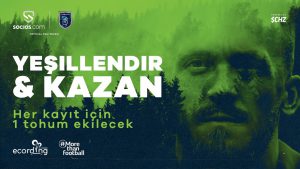