PAOK FC and SL Benfica officially kicked off the #Morethanfootball Action Weeks last night at Toumba stadium in Thessaloniki, Greece ahead of their UEFA Champions League qualifying third round match. The two clubs are members of the European Football for Development Network (EFDN) that is organising the Action Weeks campaign to showcase and celebrate the initiatives implemented by European clubs, leagues and FAs.

The club captains – PAOK’s Dimitris Pelkas and Benfica’s Andre Almeida – signed a pledge supporting the aims of the Action Weeks to highlight the work their clubs and foundations engage in to impact the communities around them. PAOK FC, SL Benfica and their community organisations PAOK Action and Fundação Benfica use the power of football to promote social change and the clubs were acknowledging they will use the 2020 #Morethanfootball Action Weeks as a platform to raise awareness about the excellent initiatives delivered in communities across Greece and Portugal.

The clubs, alongside other EFDN members and participating organisations, will use the Action Weeks to highlight the impact of Community and Social Responsibility (CSR) programmes and activities their foundations run and implement to fans, staff and society at large. For the next month, clubs are encouraged to give prominence to these initiatives and the dedicated teams behind the scenes.

The #Morethanfootball Action Weeks run from 15 September to 11 October. Join us by registering your organisation here. 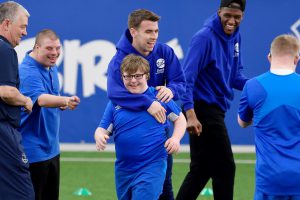 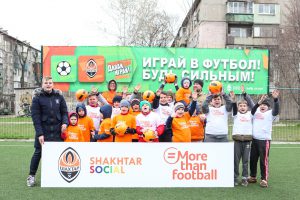