FC Twente is a football club from the east of the Netherlands whose club policy is based on three pillars: Pride, Ambition and Solidarity. Solidarity lies at the core of how FC Twente converts social involvement into actionable steps.

The European Football for Development Network (EFDN) is proud to present FC Twente and its project, which has been selected for the shortlist of the More than Football Award 2022. FC Twente made it to the ‘final four’ for the second year in a row.

The winner receives not only recognition for having implemented the most innovative and impactful Community and Social Responsibility programme in European football, but also wins a complete branded Mini-Pitch System modular sports solution which will be developed in partnership between the winning organisation, EFDN, and sponsor Musco Lighting.

Since its start in 2005, the FC Twente Foundation “Scoring in the Community” has acquired a status they are proud of. Benefitting from unconventional methods, and in collaboration with partners, they have managed to successfully develop many projects that made a positive contribution to people’s lives. With active citizenship and solidarity at heart, they have set ambitious goals to further improve the daily lives of people who’ve had a setback in life and are in need of support – that’s what Twente is all about.

FC Twente has entered the More than Football Award with their Senior community FC Twente programme. Currently, there are 1.3 million people in The Netherlands of 75 years of age or over. The expectation is for this number to rise up to 2.1 million people by the year 2030. Over half of the 1.3 million people of 75 years of age or over claim to feel lonely. The Dutch government aims to reduce this number by working together with local organizations. FC Twente, is making an effort in helping reduce this number in their region by hosting a range of activities and creating social groups for senior citizens in their Twente region.

With the completion of this project the clubs aims to reduce loneliness among elderly people in the Twente region, create social groups for seniors in Twente and offer social (physical) activities for seniors.

This is hoped to be achieved by hosting multiple activities with a primary focus on increasing the social interaction between seniors, which ultimately aims to reduce loneliness. Under the name of several smaller projects, they provide several activities with customization for various target groups among seniors in their region.These smaller projects are:

The club hosts a choir for seniors from the same neighborhood that love to sing and perform in their own living environment, they have placed multiple billiard tables for seniors at new places in local communities to play billiards and other easy games or activities such as Jeu de Boules, walking or cycling.

Also, the club hosts a social group for people to eat together and talk about football or any other subjects they would like to discuss in their social group.

Alongside this, they also host events in nursing homes for people with dementia, to relive some of their older memories by bringing along trophies from FC Twente from the past. All these activities account for up to over 500 social activities per year, structurally bringing together over 300 seniors. 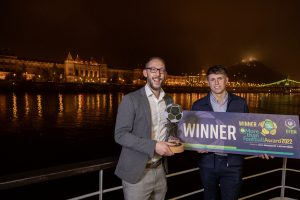