This year’s #Morethanfootball Action Weeks are in full swing. The motto for Wednesday: ‘International Day of Sport for Development and Peace’. Bayer 04 takes a look at the Football Club Social Alliance (FCSA) with the Werkself being a member for several years. Working in tandem with the FCSA, Bayer 04 regularly train football coaches all over the world – currently in Colombia.

As part of a four-day follow-up in the coastal city of Cartagena, Bayer 04 instructor Peter Quast and Robert Urbanek of FK Austria Vienna trained 39 young football coaches. From 31 March to 4 April it was primarily about conveying training content in the area of children’s football. The instructors worked in close cooperation with the Scort Foundation as well as the local partner organisation Fundación Colombianitos.

In addition to refreshing existing knowledge that participants had from previously completed Young Coaches training, the focus was on the inclusion of handicapped children.

“If, for example, a disadvantaged child is new to my school then I can now incorporate it as I know more. I’ve already got some ideas of how I can help out these children.”

The participants also received an introduction to impact assessment to be able to better understand the influence of their football activities on the children and the community in the future.

The follow-up also covered holding two football festivals with children from the region. On the third day, handicapped children were invited first and that was followed a day later by a festival with 120 children without handicaps. The participating Young Coaches thereby have the opportunity to immediately apply all the content received over the four-day training course.

On the significance of the measures taken:

“It showed again how important a follow-up is. Over these four years things happen again and again that raise questions or where certain things don’t work. We can continue to help them. A follow-up after three or four years serves to reinforce what’s been learned”

The #morethanfootball Action Weeks started on Monday 21 March and run to 14 April. The aim is to highlight how football clubs can live up to their social commitment through a range of activities. The global project initiated by the European Football for Development Network offers participating clubs and organisations the opportunity through a range of theme days to inform their supporters and fans of their own activities in the area of community and social responsibility both on and off the pitch and thereby increase awareness of the role of football within society. The Werkself took part in the campaign last year. Bayer 04 again present a range of activities on the current theme days. In addition to today’s International Day of Sport for Development and Peace, that includes the issues of accessibility, social inclusion, awareness, sustainability and climate protection, mental health and much more.

ANDRICH AND WIRTZ AS AMBASSADORS 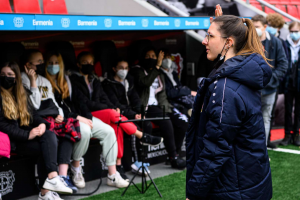 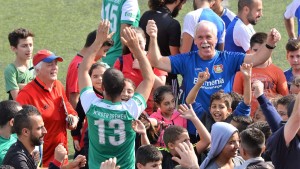